Common Confusions about Saints and Scripture 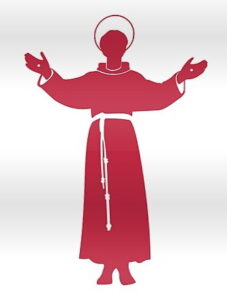 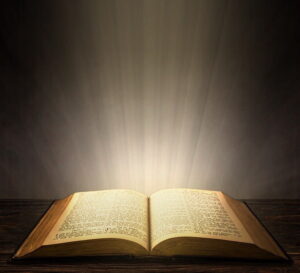 Along with the undeniable benefits brought to us by modern science and technology, our thinking has also been encumbered by a few intellectual missteps. So much has been attained through the prioritization of mathematics in dealing with the material world, the mathematical mode of knowledge has dared to intrude into areas it was never meant for, and where its glorious clarities obscure rather than enlighten. Even in moral matters, we have learned that lucidity is not always a token of veracity. “Now let me be perfectly clear,” we often heard from the lips of Richard Nixon, and we soon learned that clarity and mendacity can be cozy bedfellows.

Many, perhaps most, of our obviously important and meaningful experiences are accompanied by a greater or lesser degree of obscurity, or – in more favorable terms – mystery. Many of the best movies ever made resist description through a simple log line, and instrumental music moves us most because it transcends whatever “explanation” of its meaning one might tender. Even recent physics has finally admitted that there is a “cloud of unknowing” in the very heart of the atom, and silver linings are not always easy to spot. Neils Bohr’s celebrated observation becomes more relevant with each new discovery: “The opposite of an accurate statement is a false statement, but the opposite of a profound truth could be another profound truth.”

One consequence of this overreach of clarification has afflicted Christianity. In Protestantism it manifests itself in the modern phenomenon of fundamentalism, and particularly in the very idea of Biblical “inerrancy.” Those who accept the Bible as God’s Word – both Protestants and Catholics – will understandably begin by asserting that what it contains is true. Where trouble begins is when the modern, mathematicized criteria of truth is allowed to call the shots. Indeed, we are the ones who “err” if we allow words to be true only by insisting that they – in every historical detail, in each and every theological exploration and in all astronomical, geological (in short, “scientific”) assertions – can stand up to modern criteria of critical historiography, philology and scientific methodology. This matter can be a hot potato for many followers of Christ and lovers of the Bible, so I suggest we look at an analogous matter which may help to calm the spirits.

The Catholic Church famously canonizes certain persons, lifts them to its altars for veneration and invocation and calls them “saints.” We have the advantage in the days of television and social media that some recently canonized individuals can be scrutinized as was never before possible. It can be unsettling, at first blush, when we notice how imperfect these people appeared to be. However, there is reason to believe that all the past saints were similarly flawed in some ways; in fact, one disqualification for canonization would be the discovery that a certain candidate thought they were immune to sin. Saints have flaws, but more importantly, they know and admit the fact, and struggled valiantly to overcome their shortcomings. They certainly were not always successful.

The point is, holiness is not the same thing as perfection. The heroic level of virtue the Church looks for in a person focuses on the most basic of the virtues: humility (were they truly humble, even if appearing arrogant?); and the most essential of the virtues: charity (did they perform acts of love and was love discernible in their other acts?). No one asks if they were “nice.” Unimportant is whether they were overweight, smoked too much, sometimes lost their temper, or were failures as politicians, or even as bishops or popes.

Now to the crux of the matter. Saints are holy people, not perfect people, in much the same way as the Bible is an inspired book, not a perfect book. Expecting perfection in all things from a saint is like expecting a modern, scientifically fashioned quality of “inerrancy” from Scripture. One can take the analogy one step further. Nothing is more evident from looking over the company of the canonized than the incredible diversity of types of people, states of life, temperaments and occupations. No two saints are alike, but all are holy.

Likewise (and something modern biblical scholarship has brought even more dramatically to our attention), the parts of the Bible are extraordinarily diverse, with multiple literary genres, including history, protology, eschatology, legend, symbolism, song, prophecy, epistolary, apocalypse, and the new, unprecedented genre of “Gospel.” Each part is holy and each part is inspired, but applying the same yardstick of “accuracy,” “clarity,” “precision,” and inerrancy to them all in the same way is madness. It is a book of life, not of logic. What Samuel Johnson said of Chaucer, we can certainly say of the Bible: “Here is God’s plenty.”

While steering clear, for the most part, from fundamentalism, Catholicism has gotten itself tongue-tied through the overuse of distinctions which are well and good in their proper, and subordinate contexts, but become seedbeds of neurosis when allowed to monopolize our attention. Scrupulosity lies in wait for those who dwell on the distinction between mortal and venial sin. And one should leave to canon lawyers (poor cads) those thorny disputes about whether a rite was valid or merely licit. And when St. John Henry Newman and others counselled against the definition of papal infallibility, it was not because they disbelieved in the doctrine, but because they thought the definition would be misunderstood for sure and generate, as it has, throngs of the faithful asking, nervously, whether a given teaching is fallible or infallible.

The highly-respected Encyclopedia of Biblical Theology, edited by Johannes B. Bauer, does not even include an entry on “inerrancy,” although he refers to it in the entry on “Scripture” as “the not altogether happy expression.” The expression of sanctity, however, in the vast and sundry gallery of the saints, and the expression of truth to the reader of the Bible who simply enters into its pages with trust and imagination, are very happy expressions indeed. God’s plenty will soon take hold of you and send those troubling distinctions back where they belong.

PrevPreviousTranslation: The Only Sacred Language of the Church