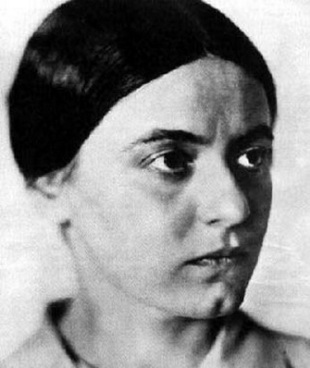 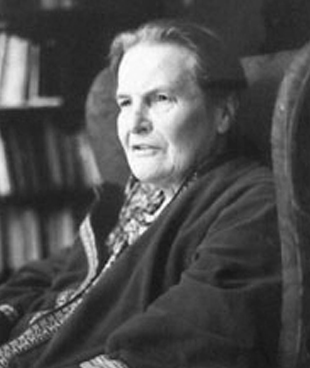 Among the common slurs one often hears against the Catholic Church are that 1) it represses women, and 2) the Church’s favorite philosopher/theologian, Thomas Aquinas, is hopelessly out of fashion. I should like to invite a couple of remarkable ladies to put on their boxing gloves and challenge anyone to speak those claims to their faces. (The first one, being a saint and martyr, will likely decline, but the other can probably fight for the two of them.)

Roughly speaking, the two most influential and potent currents of 20th century philosophy were those whose poster-boys were a German and an Austrian: Edmund Husserl, founder of phenomenology and by far the most fertile of granddaddies for continental philosophies as various as existentialism, phenomenology and hermeneutics; and Ludwig Wittgenstein, who had the greatest impact of anyone on Anglo-Saxon philosophy and – in his two distinct philosophical projects – sired an intellectual progeny comparable in its variety to that of Husserl, but articulated in the quite different vocabulary of the analytic tradition. The basic vector followed by each of these legacies was so different, their proponents were hardly on speaking terms for decades. Lately, the global shuffling of demographics has brought a good measure of philosophic miscegenation, and the American pragmatic tradition (once belittled by both continental and analytic thinkers) has turned out to provide an unanticipated lingua franca for these old rivals.

Still, the wisdom of the ages is usually waiting in the wings, and after the parade of new-comers has run its course, will stride confidently onstage to referee the conflict and bring old light to new shadows. Aquinas is one of those patient sages. But what I would like to draw attention to here is that two brilliant women philosophers of the last century were very close – both personally and professionally – to the two masters cited above. However, they found themselves drawn by the very methods and innovations championed by their teachers back to the ever-present contribution of Thomas Aquinas. Edith Stein was Husserl’s personal assistant for some years and went on to pen a thick tome on Thomistic metaphysics, all in dialogue with Husserl’s more enduring insights. She also journeyed from Judaism to Catholicism in the same sweep of conviction and love of truth that had brought her to Husserl; and from there, like Socrates and Boethius, consummated her love of Wisdom with her death: this time, martyrdom in Auschwitz.

Elizabeth Anscombe was an early fan of Wittgenstein and ended up studying with him and becoming such a close friend, the man chose her to translate his later philosophical work (before she had even learned German!). She also became one of his literary executors. She, as no one else, brought Wittgenstein to the attention of the learned world after his premature death. But her love for the language analysis taught by Wittgenstein was matched by her love for the Catholic Church.  She entered the Church as a teenager, all the while preparing for one of the most remarkable philosophical careers of the 20th century, and one which helped to bring Aquinas into full dialogue with the analytic tradition.

Two women, both Catholic converts, both at the fountainheads of the two major rivers of 20th century philosophy, and both looking wisely at modern explorations in thought from the mountain-top of a 13th century theologian. Edith Stein was a saint, and Elizabeth Anscombe was, by all accounts – besides being a brilliant and prolific philosopher – a force of nature. St. Edith, for being a Jewess and a nun, walked naked into the gas chamber to her death. Pray for us, St. Edith. Elizabeth may not have exhibited typical saintly traits, but she was just as radical as St. Edith in her own way. When entering a Boston restaurant in the early 60s when women only wore dresses, she – in an early pant suit – was told at the door that women in trousers were not allowed to dine there. She promptly removed her trousers.