As a nine-year-old boy growing up in Kansas, I was once summoned – together with all the neighborhood urchins – to hasten to my best friend’s house to be witness to an acoustic miracle. He had just received a short-wave radio as birthday gift and hardly had he turned it on when he picked up an extra-terrestrial signal. It was so bizarre, he at once called all his little buddies to come marvel with him. I was first to arrive. Soon one would have seen a troupe of little boys, all with their jaws dropped to the floor, listening to this alien noise.

We couldn’t believe what we were hearing. As it became clear that it was a human voice that was producing the unearthly phonemes, it became not less strange, but more. Looking back at this episode today, it is hard to believe we were just hearing a radio broadcast from Mexico, and that the extra-galactic idiom we were marveling at was everyday Spanish. But that’s how far I was from foreign languages when growing up.

Through no merit of mine, the circumstances of my life were soon to change all that. I certainly have no particular gift for this; for me, learning languages was extremely difficult – fruit of blood, sweat and tears (especially tears). But now, over four decades thence, I find myself reading seven languages, and speaking three or four pretty well, which is a bit of an accomplishment for a Kansas boy. Again, it did not come easy, and I don’t think it is even particularly desirable.

In my case, it was my chosen vocation which brought this about, and no ambitious cosmopolitan project. I still envy those who grew up in the Netherlands, Scandinavia, or even in the Balkans or the Caucasus, speaking two or more tongues since they were toddlers. I started to learn languages in earnest only in my early 20s. While not hopelessly late, it is far more arduous than growing up with two tongues already dancing happily on your one tongue of flesh. My tongue was already hardened in English at the age of 22.

Having lived for these nearly 50 years in countries where my native tongue was not spoken – almost a year in Belgium and France, three years in Austria and Germany, five years in Italy, eight years in Portugal, over a year in Asia and now almost 30 years in Brazil – I can say I know a thing or two about foreign languages. However, my knowledge comes not from ivory-tower study from afar, but from laboring in the field (I almost said forced labor).

My nervous system and gut bear the battle scars of decades of misunderstanding my foreign hosts, and being misunderstood by them in turn. I rarely get their jokes and usually offend them with mine. And that is but one of innumerable barricades to understanding. To truly learn a foreign tongue – and that means years of plodding in the weeds – you need to hack through the underbrush of thousands upon thousands of things and events in this world, each of which has a specific word. Ignorance of that word turns you into a sputtering imbecile; the search for these life-savers never ends. I am grateful that I have had the time and opportunity to learn them, but also exhausted by the travail. All this makes me dismissive of the idea of ‘mastering’ a foreign language – obtaining ‘command’ of it. It may make a certain amount of pragmatic sense when ordering at a restaurant or asking directions. But finally, a language – any language (and there are some 6,000 of them still spoken in the world today) – is, in theory, as big and comprehensive as reality itself. You are mad if you attempt to master that. At best, we can aspire to navigate more or less skillfully in a language, as one navigates on the ocean, but with no ambition whatsoever of mastering it. Indeed, if anything, it masters you.

If you succeed in convincingly learning a foreign language, it will be because you have surrendered to it, and not it to you. Likewise, if you succeed in swimming in water, rather than drowning, it will be because you have learned to move your arms and legs in ways that allow the water to hold you up. If, on the other hand, you flail and beat the water in an attempt to make it support you, it will take you under. Language too can lift us up, but only if we learn a few simple moves and abandon any hope of bringing it under our control.

Beware of those who brag of how many languages they know. I once met a European who spoke five languages, and spoke all five of them fluently and without hesitation. There was only one problem. He spoke all five of them poorly. Even in his native tongue, rules of grammar and diction never slowed him down. He was one of the most uncultured men I ever knew, but he was a polyglot! Now polyglots, like polygamists, typically have an issue when it comes to fidelity. As with a spouse, so with a language – you have to be faithful to them for years if you expect to ever explore their depths.

If you are a diplomat or a language scholar, I’ll give you a pass. But for the normal folks among us, I strongly discourage pursuing the promiscuous career of a polyglot. I do not, however, deny that there is much to be gained by learning one foreign language, if only to better understand your mother tongue. Goethe famously said of languages: “if you only know one, you know none,” meaning that full awareness of language, and especially of your own, is powerfully aided by the contrast of a second language. You will never fully appreciate the miracle of an orange until you have seen an apple.

I recommend to my students the study of only three languages. First, I tell them to learn – first of all, and most importantly of all – their native tongue better and more deeply, reading its best literature, studying its history, and becoming fascinated by the linguistic miracle through which they were first introduced to reality. Secondly, I tell them to study one modern European language, and to travel, if possible, to where it is spoken. If travel is not possible, there are multiple resources today in the virtual realm (for my money, I would recommend the method of Michel Thomas).

Thirdly, for those truly interested in penetrating the deeper dimensions of any of our great traditions, I suggest the study of one of our principle classical languages. For us in the West, it should be Latin, but Greek, or (for the intrepid) Hebrew, Arabic or Sanskrit will do (only one, please!). These languages, in their classical forms – often with small vocabularies, but rich grammars – open depths that our modern tongues have mostly lost (with huge, sprawling vocabularies, and grammars that seem to grow more impoverished by the year). Three is a good number, and you can learn all three pretty well. But learning more than three in order to be a polyglot should be no more attractive as an avocation than training to be polydactyl.

In the final analysis, language, like the world itself, is something we live in and not something we stand over. Thus poised in humility and openness within the world of the word, you will soon find wonderful utterances and revealing phrases pouring forth from your heart – the kind that spark intuitions and sire contemplations. Propelled by the urgency of truth and the mission of the Word, you will soon feel those mysterious nouns and verbs position themselves, precariously but hopefully, on the diving-board of your tongue. 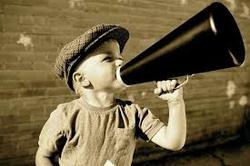