Is the Universe God’s Selfie? The short answer is: no. A somewhat longer response, however, will give a measure of legitimacy to those at first beguiled by the notion. Genesis and the Abrahamic faiths insist that the world and everything in it is most emphatically not divine, and for a creature to think itself divine is in effect the source of all evil. But it is not quite as simple as that. The same Old Testament book will teach with equal authority that we were created “after the image and likeness of God.” So we are already like God in some way, although sternly forbidden to seek divine likeness in another way.

Theological consensus suggests that the image of God in us is found in our personhood and its spiritual faculties (intellect and will), and that the forbidden fruit symbolizes an expropriation of “divine rights” in the determination of what is right and wrong. But let us consider only the more abstract, metaphysical question, namely: How is it possible for the Absolute (God) to coexist with the Relative (creation) to begin with? At first blush, it would seem obvious that if something existed that was not God, the divine infinity would be compromised. If creation is something else than God, then God would be something else than infinite. Even our worship of God would seem to be in jeapordy, for – as once famously put by Augustine – to adore God plus something else would be a lesser act than to adore God alone. Soli Deo!

A couple of popular solutions to the problem of the One and the Many – of the divine and the created – are pantheism and monism. The first teaches that the universe is divine to begin with, or, in other words, that the only “absolute reality” is the very cosmos itself in its totality. We recall Carl Sagan’s compact confession of his naturalist creed: “The cosmos is all that is, that ever was and that ever will be.” The other proposed solution simply proclaims that all of existence is reductively one to begin with, and multiplicity is finally cancelled out by the imperial supremacy of that very oneness. Although both might seem to be saying the same thing in two different ways, there is a subtle but significant difference.

In pantheism, the universe gets an upgrade, either by being declared identical to God (in some forms), or a dimension of God (as in Spinoza, for example); instead of resorting to Platonic shades or a shifty Hindu maya, one simply proclaims an ultimate and total identification of the Cosmos and its Cause. Pantheism begins with the complex universe and attempts to show its necessary reduction to a logically and ontologically presupposed Unity. In monism, however, one begins at the other end, with a sovereign oneness, and thus downgrades the multiplicity in which the universe ostensibly glories. What is left is a mere gossamer appearance – at best a phantasmagoric carousel of index fingers all pointing to the One and then disappearing; at worse (but more logically coherent), an illusion.

The doctrine of creation will have none of this – neither of these simplistic evasions of the insistent facts that the cosmos is powerfully, and manifestly real, and that God is even more so. A God who is identical to the universe would not, on closer inspection, be much of a god to begin with; we would do better to jettison our prayer-books and intone the mantra E=mc² as sufficient invocation of the cosmic deity. Our inbuilt habit of looking to some great “beyond” would seem to find adequate fulfilment through the study of astrophysics rather than in pipe-dreams of theology. There are, after all, rational means of getting over the world’s optical tricks. Apparent water on the asphalt may be an illusion indeed, but Iguaçu Falls (Niagra, or Victoria Falls) are not. Our materialists are right in one thing: this world is too real and bursting with meaning to be deemed a simple delusion.

Furthermore, to begin with oneness, and endeavor to impose its metaphysical and epistemelogical clout upon the millionfold instances of the Many, only works if you follow the logic and use your mind as if it were divine. But our mind does not behave like a divine mind – it looks and learns.

There is another way to approach the question. As so often, it is to the stars that we must look when it is a matter of understanding things that are high and above our heads. Let us try on the following thought experiment and see if it helps us: Stars that have no planets still shine, but those with planets not only shine, but also have their light reflected. Now – I think modern physicists would agree on this point – the amount of light does not change in this case, but the illumination (and this is the key) does. This has always seemed to me the best analogy for bringing home how the creation can have what Aquinas calls novitas essendi (newness of being), without thereby diminishing the infinity of God’s being.

In our solar system there are more illuminated things, but no more light than in the case of a lonely star of the same size but with no planets. So it is with creation. There are more beings, but no more being. God is, as Aquinas says, not just one more being among others (not even the “Biggest”), but rather Subsistent Being Itself (ipsum esse subsistens). He is utterly transcendent to the creation only by being radically immanent to it as its cause. He is in the cosmos in the way that Charles Dickens is in his novels, not as a protagonist or a plot line in the story, but as the very cause of the protagonist, the plot and the story itself. God is in the creation by being causally and sovereignly beyond it as its very source of being. What Christ would later enjoin morally upon his followers, to “be in the world but not of it,” God realizes metaphysically in the divine mode of presence in the cosmos.

Sharing being is something like sharing knowledge, or love. Augustine teaches us that to share material things means to get less than you would have if you did not share; but, paradoxically, by sharing spiritual things, you get more by sharing. Share a cake or a bag of nuts, and you end up with less cake and fewer nuts; but share your knowledge, or your love, and you end up with augmented knowledge and deepened love. If this is true of these spiritual realities, how much more of the root of all knowledge, of all spiritual reality and of love itself, which is the very Being of the Creator. Still, we have to turn Augustine somewhat on his head. You may not lose anything when you share spiritual goods, but in the case of the Creator, there is one good that is shared that is beyond the distinction between spiritual and material. The sharing of this good, which – even if it does not subtract from the divine being – also does not bring God any “gain.” That good is being itself.

When God gives being, he not only does not lose anything, but in contrast to our experiences of gaining by giving knowledge and love, neither does God thereby add anything to the divine essence. Or better put, something is “added” indeed, but not to God. Even with the addition of a huge increase in illumination, the amount of light remains the same. Still, something has happened. In creation, it is the creatures who are the real winners, for now there are more beings indeed, but no more Being. By existing as a single created being (especially after sanctification), every creature proclaims the One that is its origin, and that very ontological confession of faith both evacuates the claims of pantheism and monism, and transmutes even the rebellious creation into God’s one world. This manifold assertion of oneness not only does not negate the sovereignty of the one Creator, neither does it compromise God’s infinity. It serves instead as their most powerful witness. 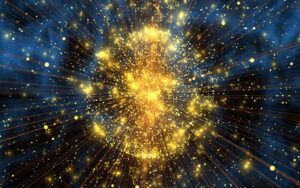