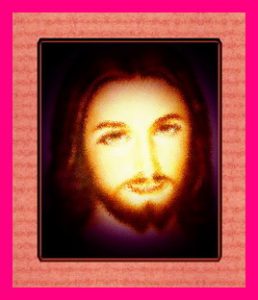 The sanitized, presweetened ‘Jesus’ we see smiling wanly at us from many a pious painting is, in fact, a recent production. It’s as modern as the Marlboro Man, although the smoking cowboy would arguably be a more accurate rendering of the Lord. I won’t point to any of the more celebrated depictions, as some are attached to quite legitimate devotions and my intention is not to intimidate low-brow with high-brow, or to scoff at popular taste. I do think, though, that the Word Incarnate deserves a true-to-Gospel makeover if we are to remedy some serious image problems in our depictions of the Lord. 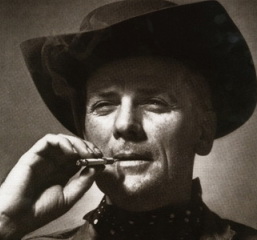 We have no 1st century photos, nor did anyone bother to offer a detailed physical description of Jesus in the New Testament. Mystics and recipients of private revelations will eagerly offer their input, and though it need not be impugned, I prefer to turn instead to the words of Christ himself, and then to the only plausible candidate for a visual portrait. Whatever you may think of the Shroud of Turin, when I look at that august negative of a dead man’s face traced spectrally on the cloth, I see a face out of which Christ’s words in the Gospel could well have emerged. But trying to put those words in the mouth of the saccharine, meek and mild Jesus we often see in contemporary art, would be akin to overdubbing the voice of Arnold Schwarzenegger onto the face of Julie Andrews in The Sound of Music. Christ was a man. And, at the risk of sounding trivial, he was a man’s man. When I read his words and ponder the Shroud, I get something like this: He was maybe six-foot tall, lean but not lank, swarthy but neither black nor white, possessed of a presence more centripetal than centrifugal, and by that I mean that he didn’t overwhelm a room when he walked into it (like our ‘charismatic’ celebrities like to do); still, if your eyes happened to fall on him, your heart would be compelled to respond – affirmatively or negatively – to an inexplicable otherworldly pull.

“In him all the fullness of the Godhead dwells bodily”, St. Paul reminds us in Colossians (2,9).  “For God who said, ‘Let light shine out of darkness’, has shown in our hearts to give the light of the knowledge of God’s glory in the face of Jesus Christ” (2 Cor. 4,6). St. John may have rested his head on the chest of the Lord at the Last Supper, but the head of the John who viewed the glorified Master at the opening of the Apocalypse would fall to the ground: “When I saw him, I fell at his feet as though dead” (1,17).

It is near impossible to imagine what it would be like to stand before Jesus. The Apostles document more puzzlement than pleasure at his presence, and must have often considered turning their backs on his strange behavior (which, of course, they finally did, with the exception of John). The Catholic Church canonizes its saints basically in order to afford us many-faceted glimpses of a holiness that would simply blow us away, or blind us, were all its facets focused on a single point. “No one sees God and lives,” warns the Old Testament.

In the prolonged, bureaucratic process of lifting someone into the ranks of the recognized saints – from ‘servant of God’, to ‘venerable’, to ‘blessed’, to ‘saint’ – the poor candidate is vetted in a way that even American election politics would find a bit outré. Every nook and cranny of possible sin is drenched with merciless floodlight.

However, on the long roster of disqualifying vices, one that today we might even put at the top of our list is not to be found there at all. No advocatus diaboli (the prosecutor the Church used to task with uncovering all the dirt) will ever ask, “But was he nice?” And certainly no one ever commented about Jesus – after witnessing a miracle or hearing a sermon or puzzling over his oddness – “you know, whatever else people might say about him, you have to admit that he is a really nice guy.” As could also be the case in the presence of many of the saints, you might want to think twice before offering to share a train compartment with him.

I propose a new wave of selective neo-iconoclasm, with public burnings of effeminate paintings of Jesus, or – regarding the angels – drawings of plump baby ‘cherubim’ with bare bottoms, or just as bad, unctious-looking ladies wearing what look like bathrobes. With all due respect to the better specimens of Western art – from Giotto to Chagall – we Latin Christians would do well to take a long walk through an exhibit of Eastern Orthodox icons (say, in the Tretyakov Gallery in Moscow, or in St. Catherine’s monastery in the Sinai). There we would look upon a Christ who is masculine, regal and a bit unsettling – and find him surrounded by a host of holy attendants that look just a trifle intimidating.

We certainly needn’t shy from anthropomorphizing the Son of God, when God himself became man to begin with. But let us pay attention to the sterner brushstrokes of the divine artisan. Christ was everything other than a ‘nice guy’, a man of his times, or a careful master of political correctness, weighing every word and act so as not to offend. Art will always fall short, but it should strive to be noble and suggestive of true transcendence. As for the rest of the pale, pastel portraits – to the flames with them! Of course, I’m just joking…..sort of.