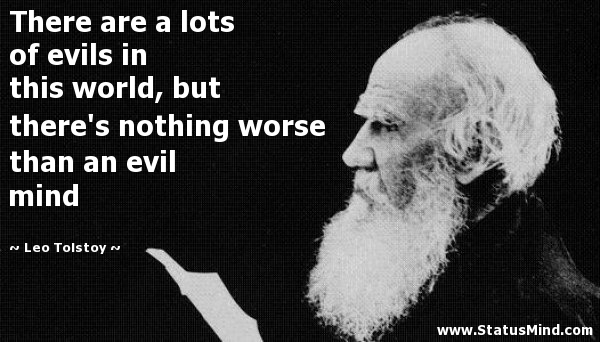 You can be very smart and very wicked, but you cannot be wise without being good. Being smart means you have a mercurial mind – possibly a very high IQ – and can throw off syllogisms and plow through arguments with enviable dispatch. You can figure out sums and dance discursive ballet on multiplication tables without a drop of sweat. But none of this demands good character. In a word, you can be a master of logic and calculation and be a devil inside.

Smartness is just skill, and some are born with more of it than others. It can then even be honed to perfection through practice and study, but it is a neutral endowment. It can be employed for good or for ill, as a razor-sharp knife can be used to cut bread for your children, or to cut throats for ISIS. The fact is you don’t actually see anything just by being smart, you only figure out how to derive, or conclude or infer (or manipulate), once your principles and premises have been provided pre-logically.

There’s the rub. What we presuppose, what we know before we reason – what we know even before we begin to use language – these items of knowledge belong to an order of truth that lies at the fountainhead of the river of logic, and not at its mouth. Logic, like mathematical operations, can run hot like a car with accelerator floored but gears unengaged, and only go somewhere when prediscursive, fontal intuitions have been activated. Symbolic logic and practical math, turned loose from mooring in principles, have found their deracinated incarnation in the modern computer – famously indifferent to emotion, meaning and value.

In the economic sphere it has its correlate in the paramountcy of the dollar, that crudely calculable measure of pure quantity – where the production of genuine wealth takes second seat to the “making” of money. This last is measured, rather ominously, by the multiplication of the symbol for zero, “0” – that primordial cipher signifying nothing.

Knowledge has been so thoroughly instrumentalized in our modern world – made a slave to technology and deprived of reference to any object of intrinsic value – its principle manifestation has become that of a product destined to be put to work. The university I work at unabashedly proclaims its finality to lie in the “production of knowledge” – that is, to be a sort of cognitive factory. There is no mention of truth, the formation of character, the communication of enduring values or the appropriation of a proven tradition.

In a word, “wisdom” is no longer in the curriculum, even as an elusive goal. It has vanished from sight in the factory haze of the business of producing an endless series of things to consume, and for consumers that don’t even know they need them. And of course they don’t. What they do need – true wisdom – will have to be sought elsewhere. And since moral goodness walks hand-in-hand with wisdom, we should maybe look first to the saints.