Pointing and Seeing Together 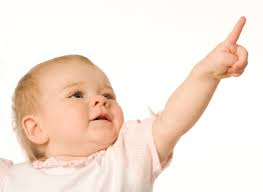 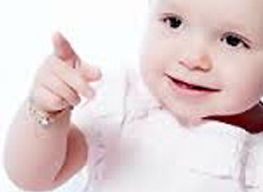 All babies point without training. No mother need instruct her infant to extend its tiny index finger and direct it at an object. They do it on their own, and like talking and walking, it’s one of the accomplishments we check off our list as the child opens up to the world around it. It comes before language, and indeed language would lose its whole point, as it were, if that sovereign gesture did not only precede it, but forever accompany it. Recent studies have shown that the baby mind is not just taking personal interest in the objects it points to, but is bidding others to join it in beholding or hearing what has caught its attention.

As adults,  when we see something we like, or even something we fear, one of our first impulses is to point it out to someone else, lest we like or fear in isolation. There is something social about sensation. There is a passage in Macrobius’ Commentary on the Dream of Scipio (of Cicero), where someone who has ascended to the highest reaches of the heavens and sees the glorious expanse of the creation before his eyes, makes a telling observation.  He says how abysmally sad it would be to have the grace of beholding such a splendid array of marvels, but having no one to share it with.